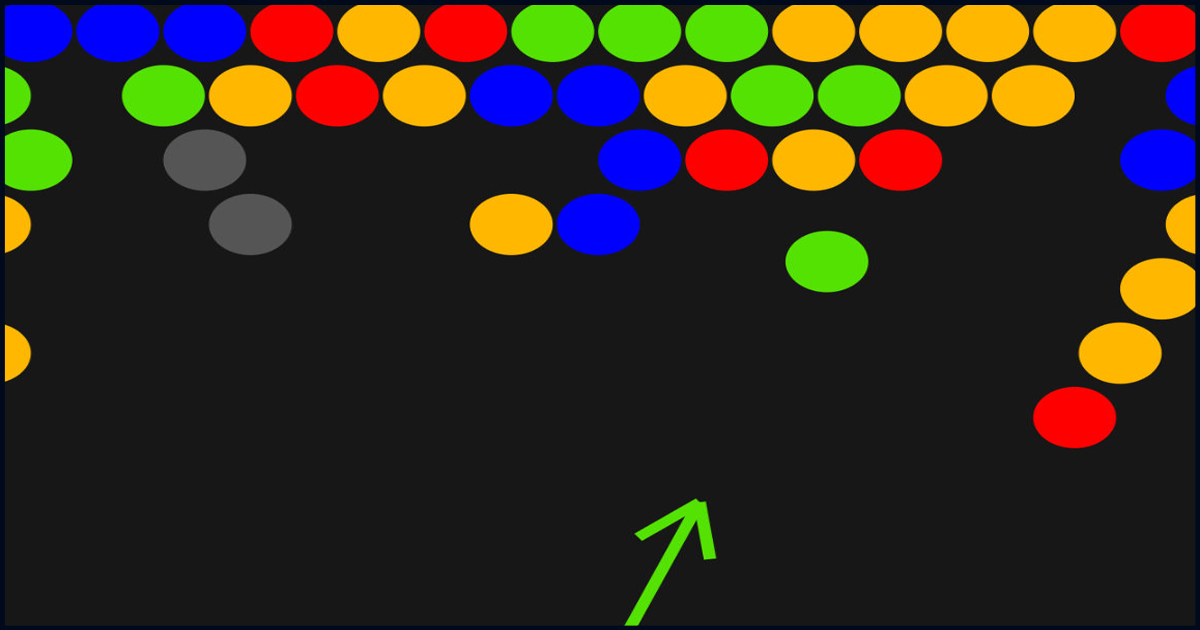 Bobble shooter, a game of Bubble Shooter style is another classic game that you have played in the past or still play today, for example when you traveling home in public transport. Originally it was a video game from 1994 called Puzzle Bobble. The game has spread all over the world from Japan and has found thousands of fans. Bubble Shooter and its variations came to mobile in 2010 (iOS) and 2012 (Android). The goal of the game is to get rid of all bubbles in the playing field by shooting same colored bubbles on a group of bubbles in the playing area that have also the same color. You will get rid of the bubble successfully after you hit a group of three or more of the same colored bubbles. The game ends when the bubble reaches the bottom of the game screen. Remember: the more bubbles you destroy in one turn, the higher is your score. Today's game is one of the variations of Bubble Shooter, which is completely customized for your browser. You can enjoy the game without any problems on your computer or mobile phone, thanks to the smooth running of the game with a small file size. Have fun. Game inspired by Bubble shooter game.